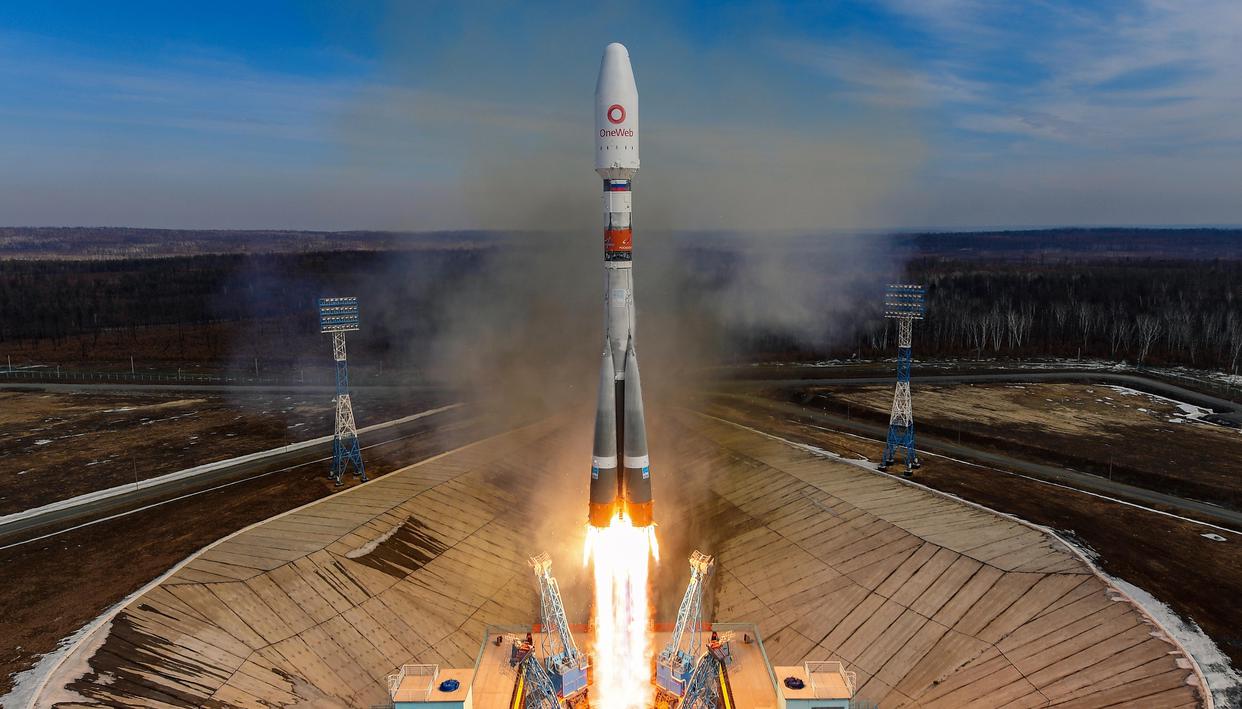 A Soyuz 2.1b rocket on March 25 blasted off from Vostochny cosmodrome carrying more than 30 UK telecommunication and internet satellites. The launch was confirmed by the country’s space agency Roscosmos, who in a statement said that the launch of 36 OneWeb satellites was “successful”. Additionally, they also posted a video clip that shows the launch vehicle taking off against clear blue skies Thursday morning at 02:47 GMT.

“A successful launch of 36 OneWeb satellites aboard the Soyuz-2.1b launch vehicle with the Fregat upper stage was executed on Thursday from the Vostochny Cosmodrome. The launch was carried out under the contract between Glavkosmos (part of the State Space Corporation Roscosmos) and the European launch services provider Arianespace and the Russian-French company Starsem in close cooperation with other Roscosmos enterprises: Progress Space Rocket Center, Lavochkin Association, and TsENKI,” a statement on the Roscosmos website read.

In February 2019,  London based OneWeb began its ambitious mission of creating a constellation of low orbit satellites by launching its first six satellites from Kourou in French Guiana. It was followed by the launch of 68 more from Baikanaour in Kazakhstan and another from the Vostochny cosmodrome in December. The company plans to launch 650 satellites by next year, eventually aiming to provide high-speed internet to the world.

In other news, Russia is mulling to put nearly 40 satellites in orbit from over a dozen different countries using the Soyuz-2 carrier rocket in March, a space industry source told Sputnik. In November, it was revealed that a Soyuz-2.1a carrier rocket with Fregat booster was going to blast off with a South Korean CAS500-1 space vehicle from the Bikanour space station in March this year. However, it has now been revealed that other payloads are also planned to be delivered in the orbit as a part of the larger mission, ANI reported citing a source.